Today I'm going to show you some more Berlin pictures, but first of all I want to share a vegan cheese recipe with you =)
I invented it myself, so if you want to share it on your website or anywhere else, please add a link to my blog!
! (click to enlarge) ! 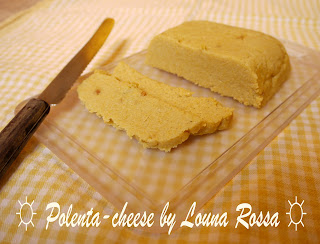 What to do:
Mix all condiments except from the polenta-semolina in a pot. Wait until it gets hot, then add the semolina, stir and let it cook for 5-8 minutes. Stir continuously!
After that, take the pot away from the hob and add a small amount of the vegan margarine or lard. Let it melt and stir again.
Fill the mixture into a small tin and wait until it's cold enought to put it in the refridgerator.
DONE!
Use it on your bread instead of cheese or just snack it whenever you want =)

Back to my Berlin-review!
This post is mainly about one of my favourite Bars in Kreuzberg, the "Filmkunstbar" (cinematic arts-bar). It's arrangement is very crazy and retro-ish and they play the best music from the 1970s-1990s.
Every Friday, it's crowded with people, all dancing insanely, lighting sparklers and splashing around with water guns =)
Here are some photos of it, without people, as it isn't possible to take photos there on Friday.
I know the pictures are quite dark and quite red, but that's just how the light and the atmosphere is in that bar, so I left them that way to give you a realistic insight.
! (click to enlarge) ! 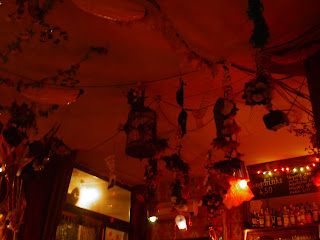 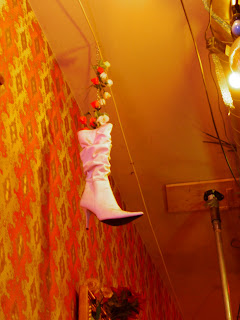 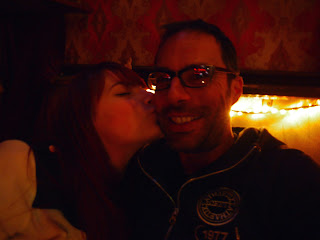 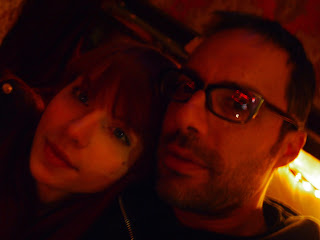 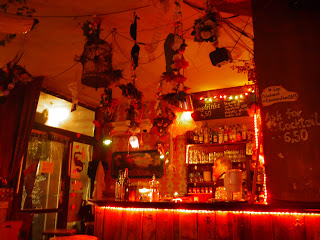 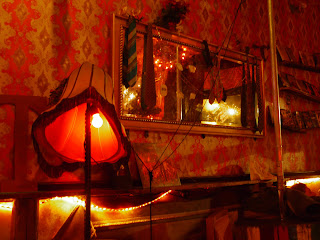 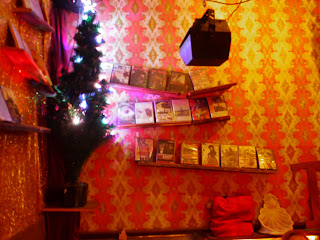 Here's one more thing that's special about the Filmkunstbar:
You can rent DVDs there! They have only the best stuff: Artistic movies, philosophic movies, classics and film noir.
The DVDs are placed all over the rooms, but you can also go down some staris to get into a proper video room. 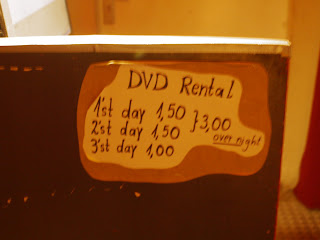 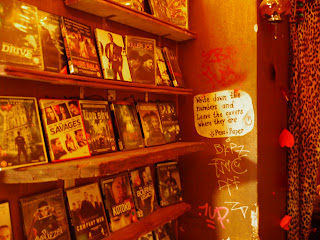 It's a pity I didn't take photos of the second bar-room- it's really cozy, with old settles and ladders that lead to funny couches right under the ceiling! 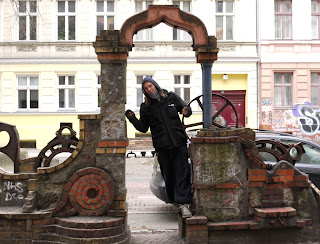 Flo fooling around at some strange thing that was standing in the middle of the sidewalk. 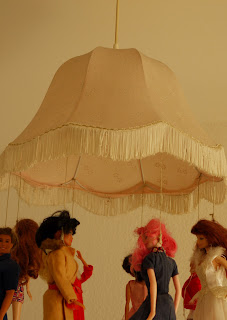 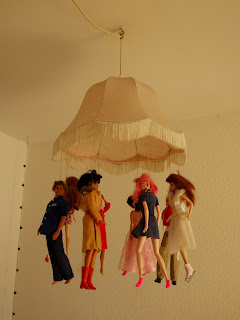 My Dad's kitchen lamp =)
He had the Idea to hang Barbies to use tham as decoration a long time ago, and I even started a Barbie-project with my best friend because of his idea. We already kinda slaughtered about 10 Barbies, maybe I'll post some pictures of them someday. 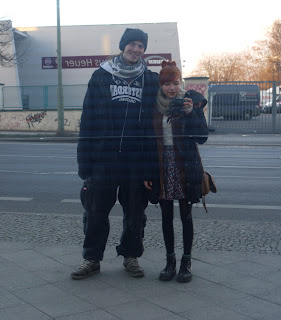 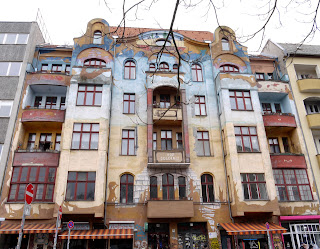 A house that I thought was quite beautiful, so i took a photo of it. I'd love to live in a house like that! 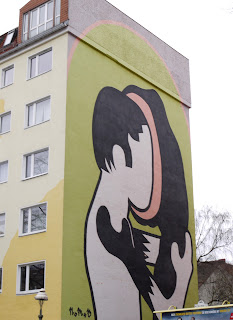 ...And, last but not least, one more cool graffity I stumbled over.

Next Berlin post will be mainly about the East-Side gallery.
Have a nice evening everyone =)