First of all, I want to show you what I look like with my new dress, as promised =)
It's also my new look on lookbook!
(click for bigger) 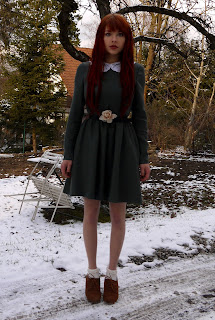 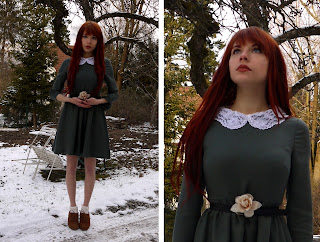 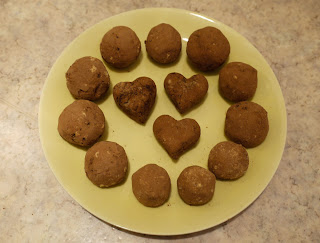 This is how my second time of making energy balls turned out!
I tried to be a little more creative and formed some of them into small hearts =)
This time, I chose almonds and figs and tossed the balls in a mixture of carob- and gingerpowder. 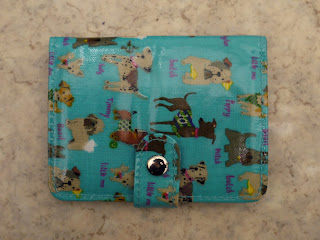 This is a purse my mom gave me as a present. She was so in love with it, that she actually bought it two times, one for her and one for me!
I aboslutely adore the cheesy design it has =) 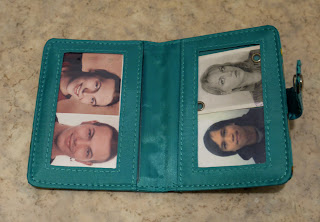 This is what it looks like on the inside. I use it for pictures of my loved ones, so I can always take them with me. The pictures on the right side are my mom and my "brother" (obviously, he's not really my brother! He's my best friend, but the way I feel about him feels quite much like he's the brother I never had), and the pictures on the left side both show my boyfriend. (Isn't he just super- handsome? ^^) 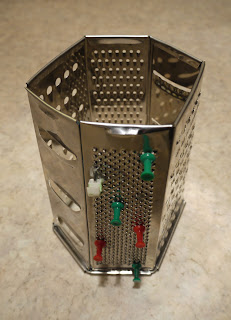 This is my non-finished project on making my own jewellery stand. In the next step, I'll paint it cream white and then add some vintage-look flowers to it! I'll show you the result as soon as I'm done. 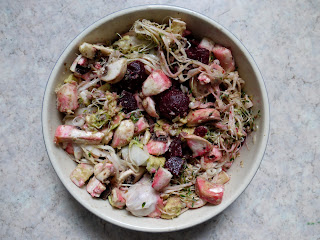 And this is what I had for lunch today, as I was way too lazy to cook something (yep, unbelievable).
It's a salad from beetroot, Champignons, sauerkraut, alfalfa germlings, half of an avocado and some linseed oil, salt and yeast flakes. Yum!

I can't post the pictures of my ship collection today, because it was already too dark outside when I tried to photograph them- and I really hate using the flash! So I'll try to take some proper photos of it tomorrow.

Since yesterday, animal testing for cosmetical products is finally forbidden in Europe!
I had absinthe with my boyfriend to celebrate that =)

Also, Flo took me to a very beautiful bridge yesterday, after he told me that he has a little surprise for me. When we stood on that bridge, he first told me that he chose that bridge because it was so beautiful and you could see a weeping willow standing next to it (weeping willows are my very favourite trees! They're so melancholically beautiful...). Then he took out a little red lock with an engraved heart and our names on it, and I almost cried over how romantic he can be! We locket it at the bridge's railing and threw the key into the water. I'll never forget that moment, as it felt like we were throwing away the possibility of ever leaving each other =)

Tomorrow evening, he'll take me to a sushi restaurant and then we'll have a cuddly evening watching an ARTE documentary about aluminium that was on TV yesterday.

If I find the time for it, I'll do a small post tomorrow before I leave for the weekend!

My yogi tea says:
Don't just love because, but despite.