Yesterday I made vegan cookie monster cupcakes (from the sesame street) for a friend's birthday.
I think he really liked them, and my mom, her boyfriend and Flo ate their cupcakes in slowmotion so they wouldn't be done too fast because they were so yummy =D (I kept one cupcake for each of them and gave the other ones to my friend)
This is how the production looked like:
(click to enlarge!) 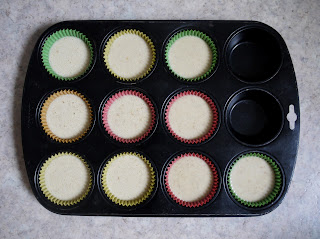 1st step: mix the dough and fill it into the cupcake forms.
(as always, I'm not posting the detailed recipe without request, but if you want it, just tell me and I'll add it =)) 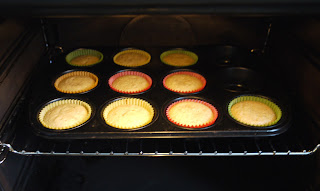 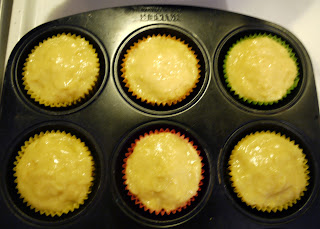 3rd step: give them a juicy vanilla pudding frosting 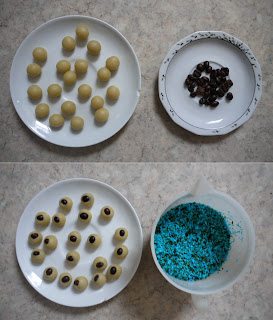 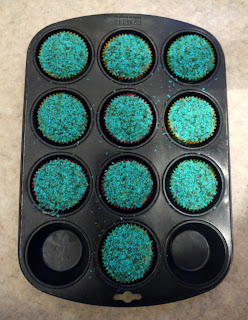 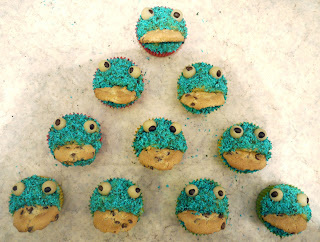 6th & final step: add the eyes and some vegan cookies =) 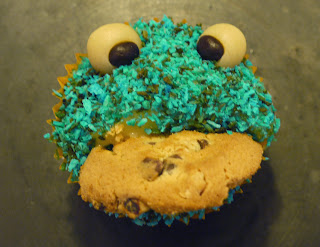 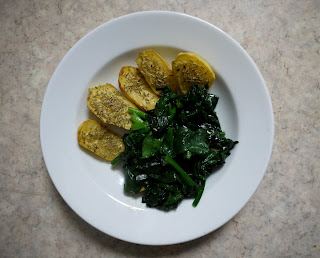 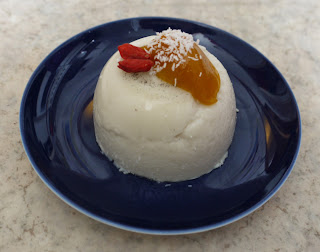 This was Yesterday's dessert after lunch (selfmade, of course):
Vegan coconut panna cotta!
Damn was that tasty. 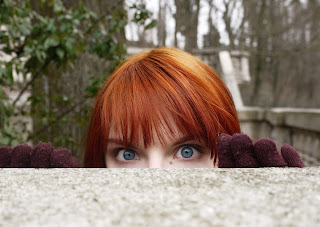 This is one more of the pictures Flo and I made in that wonderful park last week.
I know I look kinda creepy, but somehow I like it... 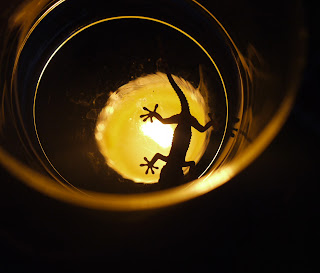 And, last but not least, something completely different: A picture from the 2-months journey thorugh Sardegna my mum and I did in 2010.
I found that pictue today and just HAD to post it! It's not at all edited and still looks so great.
And if you're asking yourself now if that's really a candle underneath that glass, and if I may have tortured that little lizard when I took the photo: Of course I didn't!
My mum is just as much of a nature and animal lover as I am, and we would both never hurt any living thing. I held it over the candle for about two seconds, just in order to take the photo, and then we set it free.  Our little friend wasn't harmed at all =)

Maybe I'll show you some more of the great pictures we took during that vacation someday.

Today (as it's already 2:50 in the morning) is my mum's 53rd birthday and also Flo's and my 3rd anniversary! We actually got together on my mum's 50th birthday party ^^
Today we're having a little vegan lunchparty at my mum's boyfriend's and in the evening we'll go to a thermal spa. On Saturday, we'll have a big party in the club that I work at.
There'll be quite a lot of bands playing, and even Rainer von Vielen (the leader of the Band "Orange", *click* for some great music) will be there!
I'm sooo excited =)

Oh well, and next week, on Wednesday, Flo and I are flying to Berlin to visit my dad (he has been living there for 10 years now, so I'm going to Berlin at least three times a year).
As always, I'm really looking forward to it, but the bad thing is that I won't be able to post anything for the next two weeks.
But as soon as I'm back, I'll surely show you a lot of stuff! We'll also visit the vegan supermarket "Veganz" there for the first time, so there'll be quite a lot of stuff to tell you when I get back =)
I'll try to do a last post on Tuesday before I leave, but I can't promise.

Now I have to hurry finishing Flo's anniversary present and then go to sleep.
Have a nice weekend everyone!